Interactive maps do not render well in dark mode browsers.

Employers in "Health" sector are the most equal

The gender pay gap is not the same across the UK

What I explore in this blog?

In this blog, I want to explore:

To explore how the pay gap between male and female employees has changed in the UK since 2018, I use the data from gender-pay-gap.service.gov.uk. These are data as reported by employers with 250 or more employees who compare men and women’s average pay across the organisation. In particular, I need information on the (a) difference reported, (b) employers’ postcode and (c) employers’ SIC codes.

Disclaimer: This analysis is only descriptive and does not suggest anything causal.

Below you can find the available variables as adopted from gender-pay-gap.service.gov.uk.

Are women paid more or less than men?

First, I explore if there is any need for this blog. In other words, if the median difference between male and female pay is zero, there is equal pay among employees. Hence, women are compensated as much as men.

Below, figure plots the distribution of the median difference in hourly pay between men and women. More employers stand on the positive side (i.e. women earn less than men) than the negative one (i.e. women earn more). Looking at particular SIC codes, though, we find some examples of negative difference, and hence, of women’s greater compensation.

Which country in the UK concentrates the most fair employers?

How has the GPG changed over time by country? Below, I use the postcodes of each employer and match it to the National Statistics Postcode Lookup. Then, I assing each postcode to countries based on the region’s name. Finally, I calculate the median difference in hourly pay by country. For completeness, the figure below reports the UK national paygap, too.

In the case of England, there may be a concern that London drives the result. This is why, I exclude London from England and report it separately.

In the UK, the gap has increased since 2018 (pre-COVID19), but decreased since 2020. Northern Ireland presents the most significant downward changes. Scotland follows the downward trend, too. London has the greatest Gender Pay Gap.

Is there equality in particular areas?

Since London presents the greatest GPG in the UK and it presents an increasing trend since 2019, I compare the GPG in London in 2019 vs. 2022.

Which sector concentrates the most equal-pay employers?

Figure plots the median difference of hourly pay by 1-digit SIC code across all areas in the UK by year. It shows that most of the equal-pay employers are concentrated in Health, followed by Accommodation. The greatest GPG is in Construction and Education.

Where should I want to work?

Interpretation of bottom and top 10 in terms of GPG

Bottom 10: For example, say a company reports a median difference of hourly pay 80%. This means that if a woman earns £1, her male counterpart earns £5.

Top 10: For example, say a company reports a median difference of hourly pay -80%. This means that if a woman earns £1, her male counterpart earns £0.56.

Does the size of the employer play any role on the GPG? Figure plots the median difference of hourly pay between men and women by employer’s size. It shows that employers who occupy more employees report lower GPG. 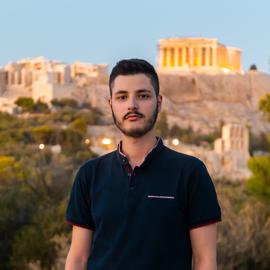